Your vehicle’s engine isn’t the only part responsible for making your vehicle move. In fact, there’s an entire system dedicated to distributing power throughout the body of your car, truck, or SUV. It’s called the drivetrain, and it’s a sophisticated system that’s vital for safe and smooth driving.

Parts of Your Drivetrain System

Your driveshaft is like the spine of your truck or car. The main driveshaft runs vertically along the length of your vehicle, delivering torque from your transmission to your differential with the help of some yokes. In addition, many vehicles have sets of smaller driveshafts that help deliver torque to your vehicle’s wheels.

How long should your driveshaft last?

Unlike many auto parts, driveshafts don’t have a set life expectancy. Most driveshaft problems won’t occur until after the 75,000 mile mark. However, it’s a good thing to keep your eye on as a damaged or broken driveshaft causes incredibly dangerous driving conditions.

Signs of a Damaged Driveshaft

The yokes are responsible for bringing everything together. One yoke attaches to the driveshaft at the front end of your vehicle while the other connects at the rear. This connection allows power to move from the transmission to the differential, which distributes the power to your vehicle’s wheels in turn.

How Long Should a Yoke Last?

Like your driveshaft, your yoke doesn’t have a set life expectancy. Keep an eye on it during vehicle inspections and be aware of the signs and symptoms of a bad yoke.

Signs of a Damaged Yoke

Common signs of a damaged yoke include a clunking sound, a knocking sound, as well as shuddering or vibrations under the floorboard of your vehicle (especially when accelerating). Trouble turning is also a sign of potential yoke problems.

CV Joints and U Joints

Depending on the type of your vehicle, you’ll either have constant velocity joints (CV joints) or universal joints (U joints).

The purpose of these joints is to help your differential get torque to the wheels of your vehicle, allowing it to move.

How Long Should Joints Last?

CV joints and u-joints typically last for a long time. Some joints last for a vehicle’s lifetime. Others break down between 60,000 - 100,000 miles. Slamming on your vehicle’s gas or breaks is one way of wearing down your joints and your drivetrain system as a whole. In addition, things like frequent driving on gravel roads might cause tears in your rubber CV boots (CV boots may need replaced on a regular basis).

A constant clicking sound during turns is the most common sign of bad joints. However, oil on the rims of your wheels is another sign that your CV joints or u-joints may be going bad.

One complicated thing about auto maintenance is that many problems with a vehicle display similar symptoms.

The most important thing to know is that these signs indicate that something is wrong with your vehicle, and it may be something dangerous. Trust your senses. If your car doesn’t look, smell, sound, or feel right while driving, bring it in for an inspection.

Our technicians run thorough diagnostic tests on every vehicle that comes through our shop. We’ll isolate your drivetrain issues and provide you with a thorough solution and a loaner car so you can hit the road safely while we repair your vehicle. 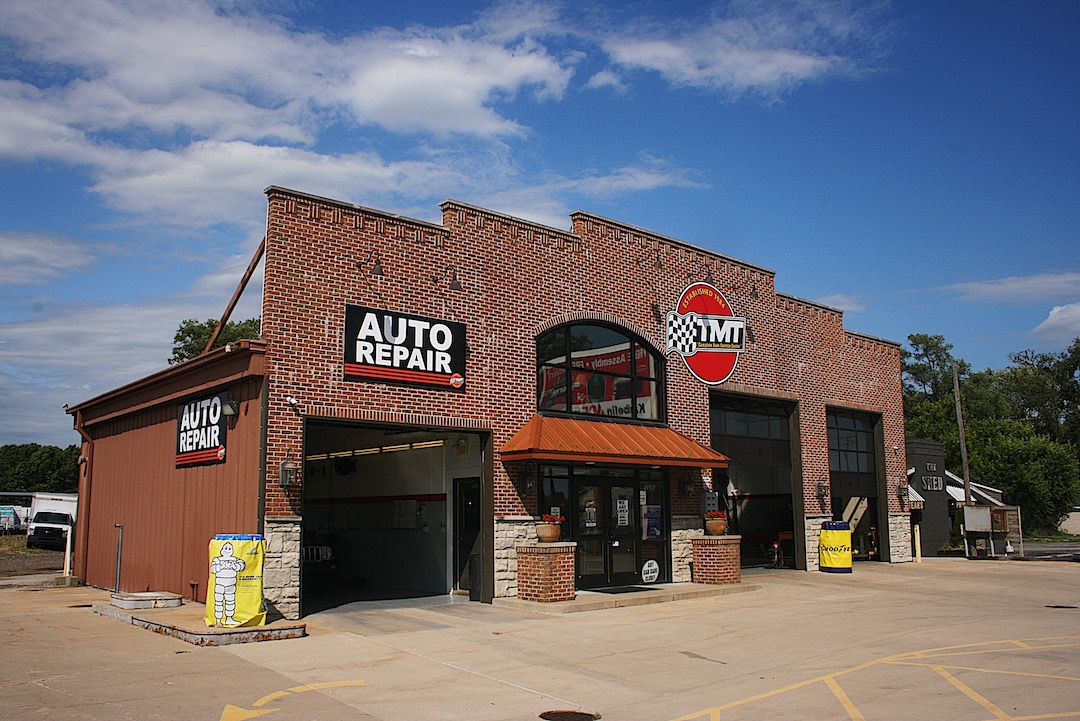